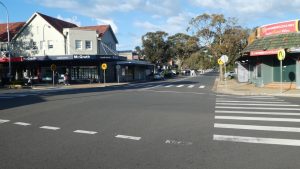 Council has the Avalon Place Plan on the agenda to debate at its meeting on Tuesday 26 July 2022. The draft Plan retains many of the features that APA objected to all along, including the proposed terracing of Avalon Beach southern headland [draft p.74], which is currently a pleasant grassy headland behind the bus stop. This overdesigned intrusion has almost zero support in the community, and despite objections from the Community Reference Group  and community groups, including APA, over several years, it remains in the submitted draft plan. The redesigned headland is erroneously presented in the consultation reports as a solution to safety issues with the narrow walking space between the bus stop and the roadway, whereas it is quite unrelated. The bus stop can easily be set back by a metre or so with no requirement to terrace the whole headland.

The draft Plan proposes to pilot a shared zone on Old Barrenjoey Road north of the intersection with Avalon Parade, but Council has deleted any cycle path.

The original bike path route proposed by NBC passes through the Avalon Parade intersection with Old Barrenjoey Road. In the opinion of APA, Clareville and Bilgola Plateau Residents Association and the Palm Beach Whale Beach Association, this proposal will direct more bike traffic onto the major thoroughfares, require the removal of trees and parking places and is an unsafe and over-engineered solution.

The APA has prepared an Alternate Bike Plan  for Avalon which utilises the Avalon laneways to feed bike riders from the main pathways on the outskirts of Avalon and funnels them through Avalon village to the shops or to Avalon Public School. This alternative plan optimises the under-utilised laneways, features reduced speed limits and, unlike the current NBC plan, requires little in the way of major roadworks, tree removals or parking changes, to achieve a safer, cheaper and more pedestrian/cyclist-friendly outcome. In an article in the SMH of 25 July 2022 labelled the APA Alternate Bike Plan as “undafe”, with no reasons or evidence given.

A Council place planning project for Avalon has been projected for the past few years. To prepare for this, the APA worked with the Avalon Palm Beach Business Chamber and a wide range of community groups to hold a series of workshops in late 2015 to develop a shared community vision for Avalon.

This vision document, facilitated by APA commitee member Conrad Grayson and his staff at SymStudio, was presented to the former Pittwater Council and was unanimously adopted and praised by Councillors as a suitable model for place planning in other villages in Pittwater.

Since then, there have been various delays to the start date for the planning process, including the Mona Vale Place Plan fiasco. APA has been kept updated by Council which has repeatedly advised that the Avalon place planning process would proceed in due course, and that the vision would be taken as a guide and the Avalon community consulted as essential components of the process.

It came as something of a surprise, therefore, to read in an article in Pittwater Life that the process may not be carried out by NBC quite as expected. APA has contacted both Council and Pittwater Life to express our view that this is contrary to our understanding that work is scheduled to begin during May 2018 and will embrace full community consultation which will draw upon  the Vision Statement prepared by Avalon stakeholders.

Council has replied, confirming that “the project will have a strong focus on community engagement and Council will work collectively with the community to identify what matters most, what is important and what people wish to improve about Avalon Village. The vision statement prepared by Avalon stakeholders will be relied upon to inform the process”.  Read the full text of the NBC reply here.

An invitation-only workshop was held on Saturday 30 June 2018 followed by a second workshop on Wednesday 4 July.  Representatives from the APA attended both workshops.

Northern Beaches Council has stated that broader participation will be via pop-up booths in the village area commencing 11 July 2018. Place planning for Avalon Beach is continuing, with a Community Reference Group conducting monthly meetings from October 2018. APA has a representative on this group.

APA and other community groups requested in May 2019 that NBC hold a public meeting to inform residents of progress, but in July NBC refused our request.

NBC held a well-attended ‘activation’ on Saturday 27 July 2019 8.30am to 2.00pm on Old Barrenjoey Road north. This event displayed several options for the intersection with Avalon Pde. APA has drawn up a plan for Old Barrenjoey Rd north which was on display with the other options.

NBC finally provided limited hard copies of the draft Avalon Place Plan to CRG members in June 2020.  The CRG has now met to discuss the draft and APA has sent detailed comments to NBC.

NBC tabled the Draft Avalon Place Plan at a Council meeting on 15 December 2020 (see link at Item 12.2, page 31).  In it NBC references the APA’s Alternate Avalon Bike Path Plan which is a  less disruptive alternative to Council’s bike plan, which would run down Avalon Parade with the loss of pedestrian amenity and many parking spaces.

For the future wellbeing of our Avalon Beach, it is essential that you participate by making your thoughts known to APA.  To read relevant documents on Avalon visit My Place Avalon.