On 21 December 2017 Rob Stokes announced almost $3 million in NSW Government funding for a shared walking and cycling pathway to better link Avalon Beach, Bilgola Beach and Newport. In his media release he says, “The new path will include an off-road boardwalk section along the Bilgola Bends between Newport Beach and The Serpentine to safely allow cyclists and walkers to travel along this area separated from vehicles.” [Bolding ours.]

However, the NBC map shows the existing route via The Serpentine, with the proposed continuation to Newport Beach alongside Barrenjoey Road only from the southern end of the Serpentine. The exact route of this last southern section has still to be finalised.  We encourage you to review this plan on the NBC website. 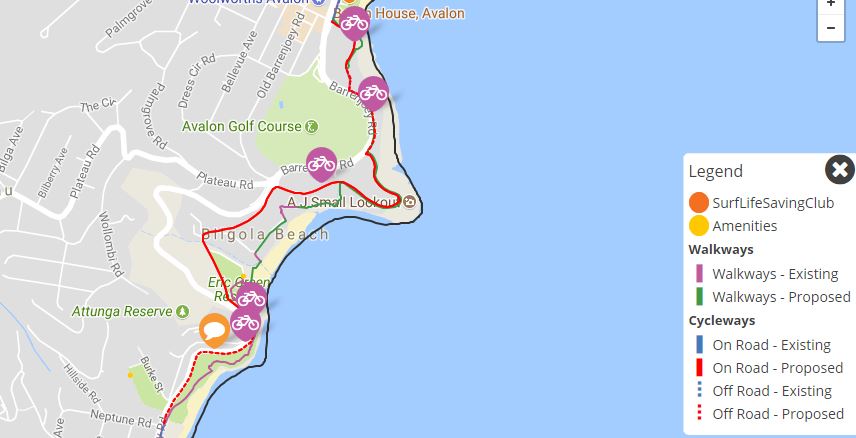