Membership of the association is open to all those residents and/or ratepayers of Avalon Beach and adjacent areas who support the aims and objectives of our Association.

In APA, we care for Avalon because we live here. 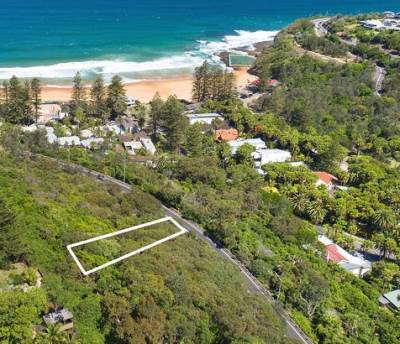 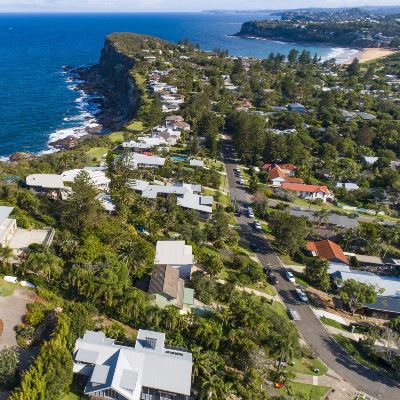 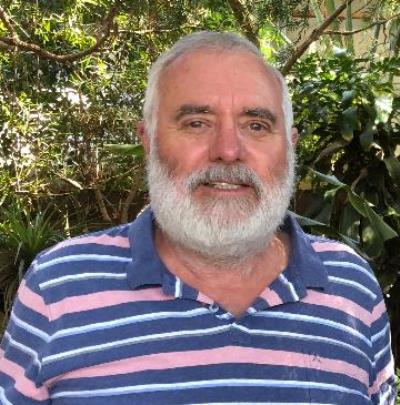 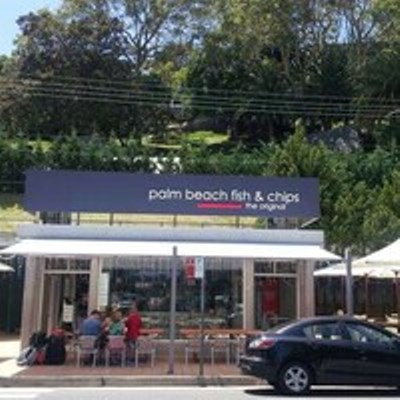 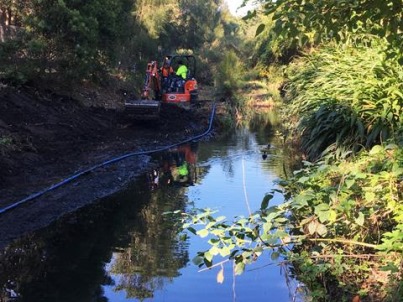 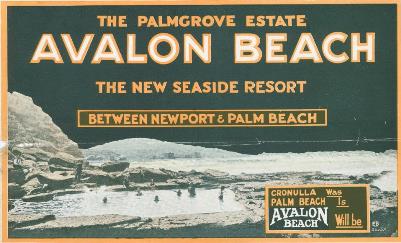 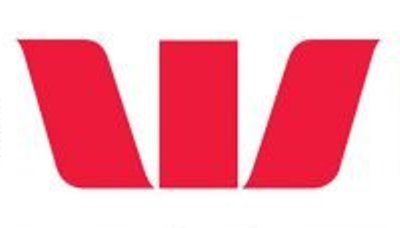 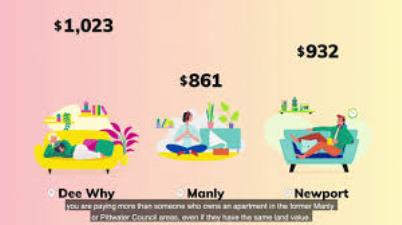 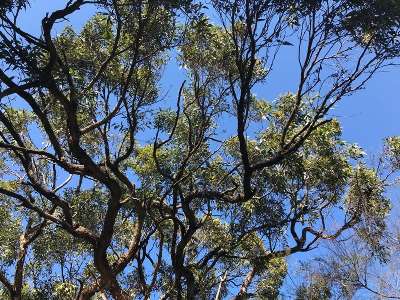 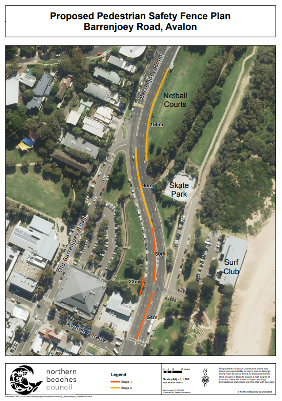 Celebrating over half a century of caring for Avalon

Our latest APA Bulletin, Number 104, is now available. Check it out here.

APA urges you to write submissions to Council re a proposed very large housing development at 521 Barrenjoey Road, Bilgola Bends. It will disfigure the main gateway to the northern peninsula and sets a bad precedent for future developments. The block, just south of Kamikaze Korner, is very steep with little verge and no footpath, ensuring additional traffic issues on that already problematic section of the road. The development is very bulky and multi-level, and does not meet Council’s criteria for developments in a sensitive E4 Environmental Living zone.  It proposes the cutting down of many native trees including several on public land. For more information and to make a submission click here.

The NSW Government requires all amalgamated Councils to combine their original Council’s Local Environment Plans (LEP) and Development Control Plans (DCP) into one new LEP and DCP.  NBC has produced a discussion paper.  The new LEP and DCP are two vital documents for our future. The process will not be easy and will need our close scrutiny. In particular we will need to be sure our Pittwater values are maintained. APA has studied these documents and worked with other community groups to respond. Click here to read the discussion paper.

APA’s Annual General Meeting will be held from 7.00pm on Thursday 11 November 2021 at the Avalon Beach surf live saving club. APA will hold the AGM strictly in line with the NSW Public Health Orders in force at the time. This may restrict the number of members and guests able to attend and guests may need to check in with a QR code, wear facemasks and show that they have been fully vaccinated.

Our special guest speaker is Angus Gordon OAM. Angus was General Manager of Pittwater Council from 1996 -2005. He has a Masters degree in Water and Coastal Engineering. In 2018 Angus received the Medal of the Order of Australia for “service to environmental management and planning, and to the community”.  Over the past 40 years he has undertaken projects in all states of Australia and in a number of overseas countries in coastal engineering, coastal zone management and flood management and engineering. He has served as a UN expert and was tasked with the development of the NSW Coastal Protection Act.

BREAKING NEWS:  NBC has required the applicant to submit a new DA rather than relying on the original 2014 DA and the subsequent Modification (Mod2021/0203). This was the recommendation of Council’s Design + Sustainability Advisory Panel in its report.

APA opposes this DA and has made a submission to Council. Our reasons are:  the differences between the 2014 DA & the new application are too great to be treated just as a modification, a new DA is required;  the proposed building would be completely incompatible with the required “seaside character” and would grossly breach the permitted height limit; it would completely overwhelm the adjoining heritage-listed Barrenjoey House; the proposed on-site parking is 7 spaces below the required minimum. The DA assumes this can be replaced by on-street parking, which is incorrect. Click here for more information.  Watch for the new DA!

Clean up of Careel Creek

NBC is removing sediment and stormwater debris that has accumulated in Careel Creek. It is hoped that this will enhance creek ecology, improve native habitat and reduce the opportunity for noxious weeds to establish. NBC has also carryied out survey work as well as landscaping and planting. This project complements previous work by bushcare volunteers and NBC staff, who started restoring and cleaning up the creek in January. With the first half of the project now finished, the second stage will be underway in September and will take a month to complete. We hope the creek will function better with an improvement in tidal flows leading to a reduction in odours and better environmental outcomes. Click here for the NBC notice and here for further information on our Careel Bay Bushcare Group, or contact the NBC Coast and Catchments team on 1300 434 434.

Council’s Delivery Program 2021-2025 Operational Plan and Budget was open for community comment until Sunday 30 May 2021.  It proposes a total of $3.8M for Avalon Place Plan implementation out to 2025. This small budget will be totally inadequate to provide any signifcant implementation of the priorities identified in the place plan.

Northern Beaches Council released the draft Avalon Place Plan for exhibition until Sunday 16 May 2021.  A whopping 532 submissions were received, and although the formal deadline has passed, the APA urges members and residents to email Council asap what they think of the Plan, in particular the shared zone and the bike plan proposed by NBC and the alternate proposed by the APA. Have your say now!

There are 58 action items listed to be implemented over 10 years.  We have converted the Avalon Beach Place Action Plan to both Excel and PDF format. You can download the actions in Excel format here and as a PDF here.

The draft Plan proposes a shared zone on Old Barrenjoey Road north of the intersection with Avalon Parade.  The Plan also proposes a bike path route in Avalon Parade and passing through the intersection with Old Barrenjoey Road. In the opinion of APA, Clareville and Bilgola Plateau Residents Association and the Palm Beach Whale Beach Association, this bike path proposal will direct more bike traffic onto the major thoroughfares, require the removal of trees and parking places and is an over-engineered solution.

The APA does not see a priority need for a bike path but has prepared an Alternate Bike Plan which uses Avalon laneways to feed bike riders  through Avalon village to the shops and Avalon Public School. Unlike the NBC plan, the APA plan requires little in the way of major roadworks, tree removals or parking reductions to achieve a safer, cheaper and more pedestrian/cyclist-friendly outcome. Read the covering letter here.   For the complete APA web page on this important issue click here.

Another bank hits the road

This means that the last bank in Avalon Beach is the Commonwealth Bank. There is still a St George ATM in Newport.

There were 3 different rating systems in the northern beaches LGA – one each for Manly, Warringah, & Pittwater. Ratepayers in each area paid the same rate they would have if there had not been a amalgamation. Like other amalgamated councils, NSW government has required NBC to “harmonise” the rates for their previously separate LGAs into one structure. This has meant adjusting residential, commercial and concession rates for the three former LGAs to an integrated structure with one rate in each of these three categories. The new rate structure was adopted in March 2021.  More information

Request a tree outside your home

Council has asked APA to encourage members to request a native tree be planted outside your home. You will need to maintain it.

Make a request for a tree here.

NBC is proposing to install a long series of steel barriers along the sides and on the median strip on Barrenjoey Road in the strip between Central Road and the traffic lights at Avalon Parade. The work would be paid for by the Federal government.

NBC has apparently listened to the welter of – presumably negative – resident reactions to this proposal. To quote from the announcement on the NBC Your Say website:

“Based on community comments received we have decided to pause consultation until early next year to consider this proposal in the context of the broader Avalon area. The comments received will be kept on record and included in future consultation. If you have any questions, please contact Phil Devon, Manager Transport Network on 0466 136 560 or email NBC.

Avoid COVID-19 but stay connected to your friends and relations

Avalon Preservation Association wishes all its members and all residents the best of health. To avoid COVID-19 and contribute to resisting its spread, please obey Health Dept requests re physical distancing (see diagram). It’s best to stay home as much as possible, and you can order groceries etc online. It’s more important than ever to maintain your connection with friends and relatives – via the telephone, email, social media, and software like Skype, Whatsapp, FaceTime and  Zoom.

The Land & Environment Court held a hearing on 19 & 20 July 2021, and unfortunately upheld the developer’s appeal.

Developers have applied to develop 2 residential blocks at 27 & 29 North Avalon Road for a seniors living development of 10 self-care units. The original DA, DA2019/1117 was rejected by Council, so the developers have appealed to the Land & Environment Court under a new DA, DA2019/1260. NBC has rejected this amended DA. The DA calls for the removal of over 50 trees from the two blocks plus further recommended removals from the public verge.  25 of the requested removals are “prescribed” trees which can only be removed with Council permission and 27 are “non-prescribed” trees which can be removed without permission. The effect on vehicle movements along a quiet residential street will also be significant.

Keoride has extended its services during the COVID-19 crisis. Keoride will now drop off and pick up at the following additional locations:

Avalon Montessori School has proposed to Council that a block of public land adjacent to the school be leased to the school as a fenced playground are, ie terminating its use as a public space. The land in question, adjacent to the Yellow Brick Road, was remediated some years ago by Pittwater Council and Avalon bushcare volunteers, and is now healthy bushland.  APA wrote to NBC objecting to the lease; read our letter here.

The lease determination is On Hold as at February 2021.

The APA notice board lives!

After some years in the wilderness, APA once again has a notice board in Avalon Beach Village! It is located on the southern wall between You Save Chemist (Herforts) and Belle Real Estate at 56 Old Barrenjoey Road (our thanks to both).  Check the notice board regularly to catch up with APA news in the Village, as we will change the contents regularly.

If you’re not an APA member already, why not make today the day you join the APA?

We are continually vigilant about issues that impact on the environment and heritage of Avalon.